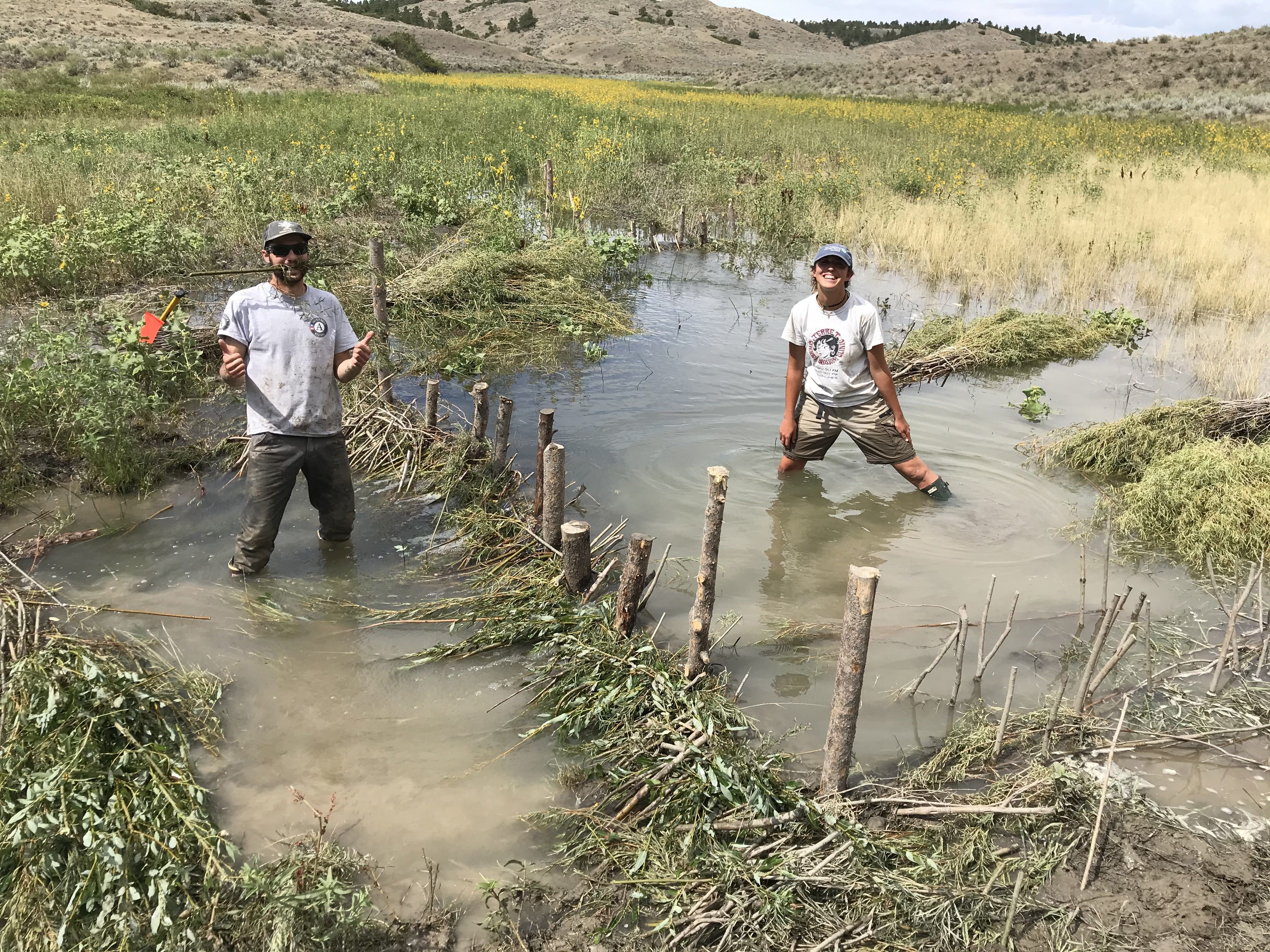 In July of 2019, MCC took a new step towards more impactful service by securing $200,000 from the U.S. Endowment for Forestry and Communities’ Healthy Watershed Consortium Grant (HWC). The goal was simple: Use the funding to support six MCC Big Sky Watershed Corps program (BSWC) AmeriCorps members to build stronger relationships and develop needs-based project work throughout the Missouri River Watershed in Eastern and Central Montana. One BSWC member, Connor Mertz, had a particularly unique and successful experience building relationships, overcoming challenges, and ultimately impacting the land and its people forever.

Connor was looking to get back to Montana after earning his bachelor’s degree in Environmental Science at Montana State University. He jumped on the opportunity to join the BSWC program to further his conservation career. Part of what makes BSWC so remarkable is that it recognizes eager young professionals and aligns them with a host organization that best fits their interests. In Connor’s case, his professional interests were broad and he a had mindset of success. So why not place him under a new MCC initiative in need of support and relentless passion for getting things done? In many ways, Connor and the initiative were similar in that they were untested, full of potential, and eager to make an impact.

As with all new MCC endeavors, everyone involved hoped for smooth sailing, minimal obstacles, and tremendous amounts of success. But with anything new there comes doubt and the struggle to prove your efforts are worthwhile. Connor was pushed outside of his comfort zone many times and instant gratification serving under the new initiative was as rare as finding a Starbucks in Eastern Montana.

However, Connor did not bow out as others in his position might have done. He pushed himself and relied on his commitment to service whenever he faced struggles. Because of this, Connor was able to accomplish great things.  He built lasting relationships on behalf of MCC. He made story maps to inform the public. He built drought-resilient structures throughout the area. He led workshops to inspire locals to take action.  As a result of his and many other’s efforts, MCC recently secured an additional $330,000 National Fish and Wildlife Foundation grant to continue drought resilience work in Eastern and Central Montana that will be implemented by MCC youth and adult crews over the next three years.

As for Connor, he continued down a path of service by securing a full-time position with the Lewis and Clark Conservation District as their new Resource Technician. Connor left a legacy of service and created a foundation for MCC to continue to meet its mission while engaging with these new partnerships. He truly lived up to his AmeriCorps pledge. When faced with apathy Connor took action. When faced with conflict he sought common ground.  When faced with adversity he persevered. Connor recognized the true value and impact of service and he got things done!