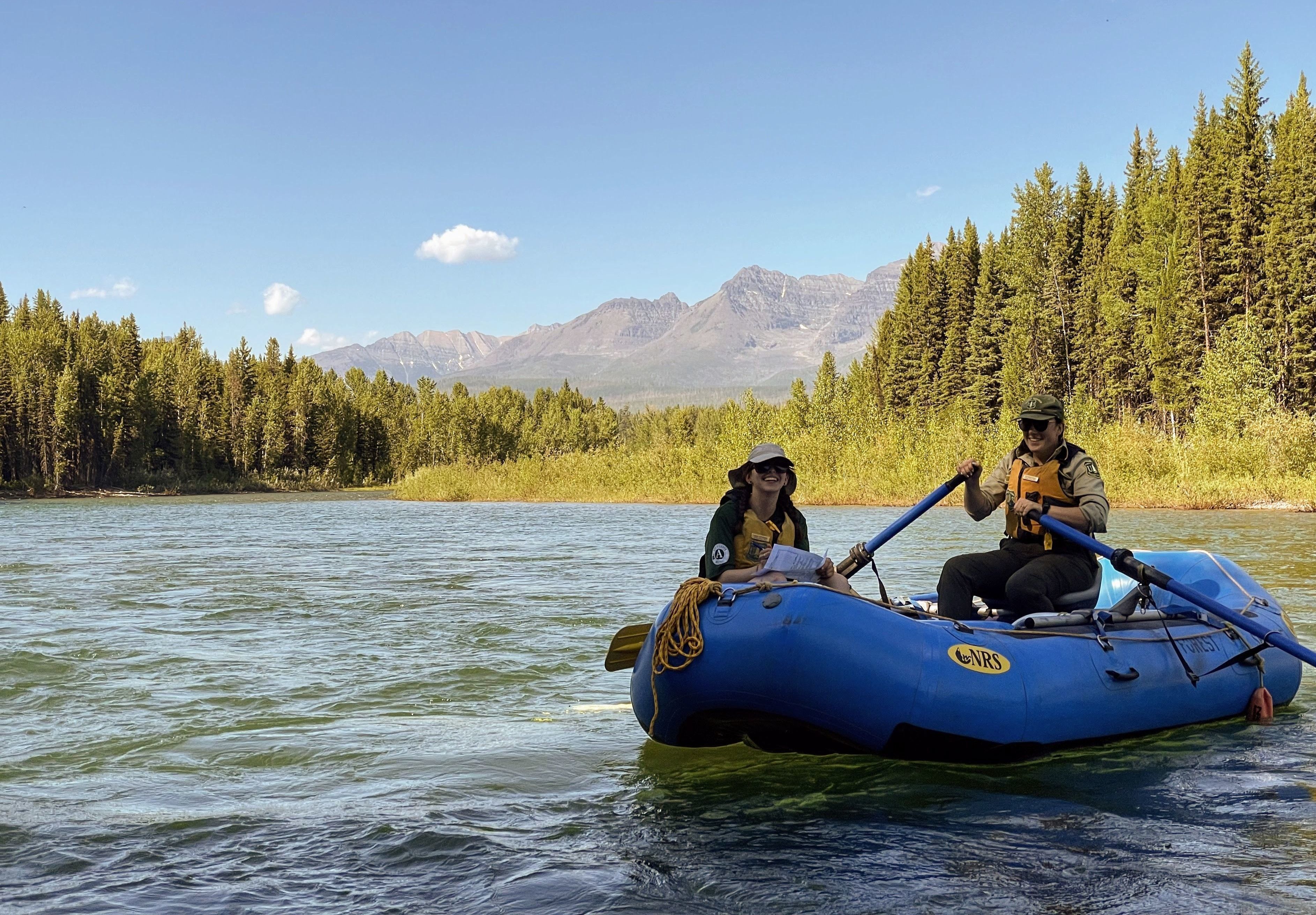 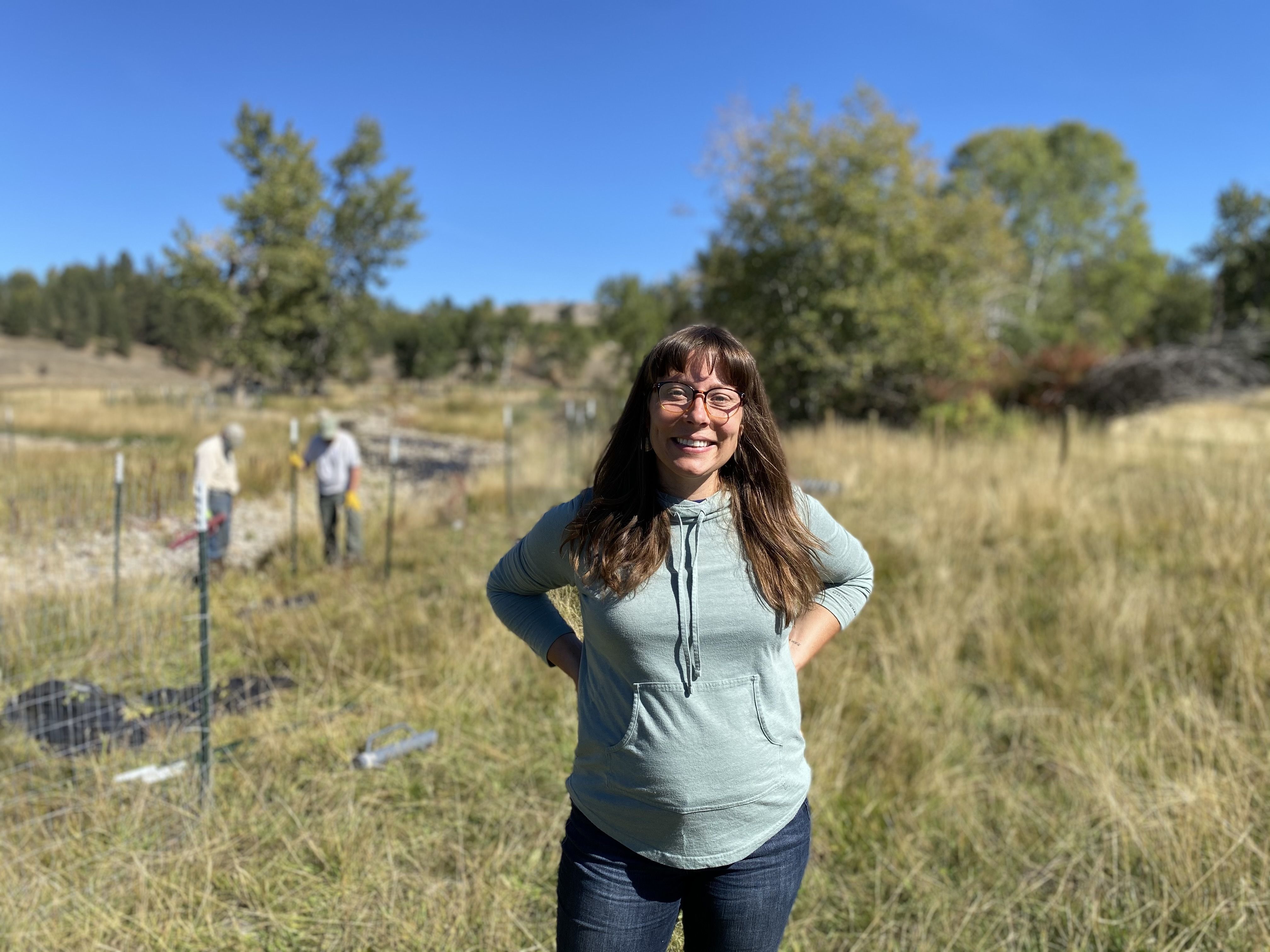 When Heather Barber joined the Bitter Root Water Forum in 2010, she was the sole staff member, working part-time as executive director. She remembers that in her first year, “there was more work to be done than any one person could bite off.”

Then in 2011, Barber recalls, “like a gift from the heavens, the Big Sky Watershed Corps program started.”

In 2011, the Bitter Root Water Forum (BRWF) got its first Big Sky Watershed Corps (BSWC) member. They’ve had a BSWC member every year since.

With the BSWC program’s tenth anniversary in 2021, folks at BRWF reflected on their decade-long relationship with the program.

“We got into the program, and it changed everything for us.”

Sitting on the banks of North Burnt Fork Creek in the Bitterroot Valley, this is how Barber describes the Water Forum’s experience with the BSWC program: a game-changer.

“Anyone who's worked alone can attest to the difference it makes to have someone else to bounce ideas off of, to get out and meet people, build relationships, keep balls moving forward ... The morale went up, [as did] our ability to be in more than one place at a time.”

The Water Forum’s first BSWC member was Kalena Gravina, who served from 2011 to 2013. During her two terms, Gravina focused on BRWF’s education programs. According to Barber, “without Big Sky Watershed Corps, we never would have been able to grow the school and education and outreach side of things, getting kids involved in field trips, water quality monitoring, and splashing around in streams.”

When Gravina concluded her second term, the Water Forum applied for another BSWC member, this time hiring Katie Vennie. Barber realized Vennie filled a critical role for the Water Forum: “she was this detail-oriented, spreadsheet building, operations person, which was everything I'm not.”

Almost immediately, Barber knew she was going to need to keep Vennie around. Increased fundraising allowed the Water Forum to hire Vennie as staff after her term of service. Again, they pursued another BSWC member.

Having three people contributing to the work at the Water Forum was a turning point for the organization. The two staff members focused on building the restoration program, while the BSWC member led volunteer days, delivered watershed education, and engaged with the community. After several years, the Water Forum identified a need for even more capacity and hired a restoration coordinator in 2019, increasing the size of their team to four.

In 2021, the team at BRWF consists of Heather Barber as Executive Director, Katie Vennie as Communications and Outreach Manager, and Andrea Price as Restoration Coordinator. Ellie DeVos is their current BSWC member.

Next year, they’re expanding the team to include a full-time education staff person. According to Barber, having a BSWC member “made such a difference in exploring how [the Water Forum] could do education and outreach ... so [they’re] looking to hire a consistent staff person for that.” Next year’s BSWC member will turn their focus to restoration projects.

“This program, without a doubt, changed the trajectory of our organization. We would not be where we are today if there was not a Big Sky Watershed Corps. And where we are today is a highly effective watershed group that's driving conservation impact throughout the Bitterroot Valley and reaching thousands of people each year with quality watershed education, getting people connected to the resource in a meaningful way.

Maybe we would have gotten here eventually,” says Barber, “but it would have taken a whole lot longer if we didn't have that capacity from a member, and the support of Montana Conservation Corps and Montana Watershed Coordination Council.”

Sitting on the banks of North Burnt Fork Creek, Barber concludes her reflection on the past ten years of Big Sky Watershed Corps with this: “I don't think enough people recognize the strength of the Big Sky Watershed Corps program, and what it's done for the state of Montana in each specific watershed that's benefited from having the members. There are quantifiable numbers to demonstrate the impact, but it's so much more than that… [it’s the] relationships and experiences and connections that will really, truly help drive conservation and education for years to come. And while these people move on to different jobs, often different states, the impact that they made here is real and continues. And it's been incredible to be a part of that since the very beginning.”