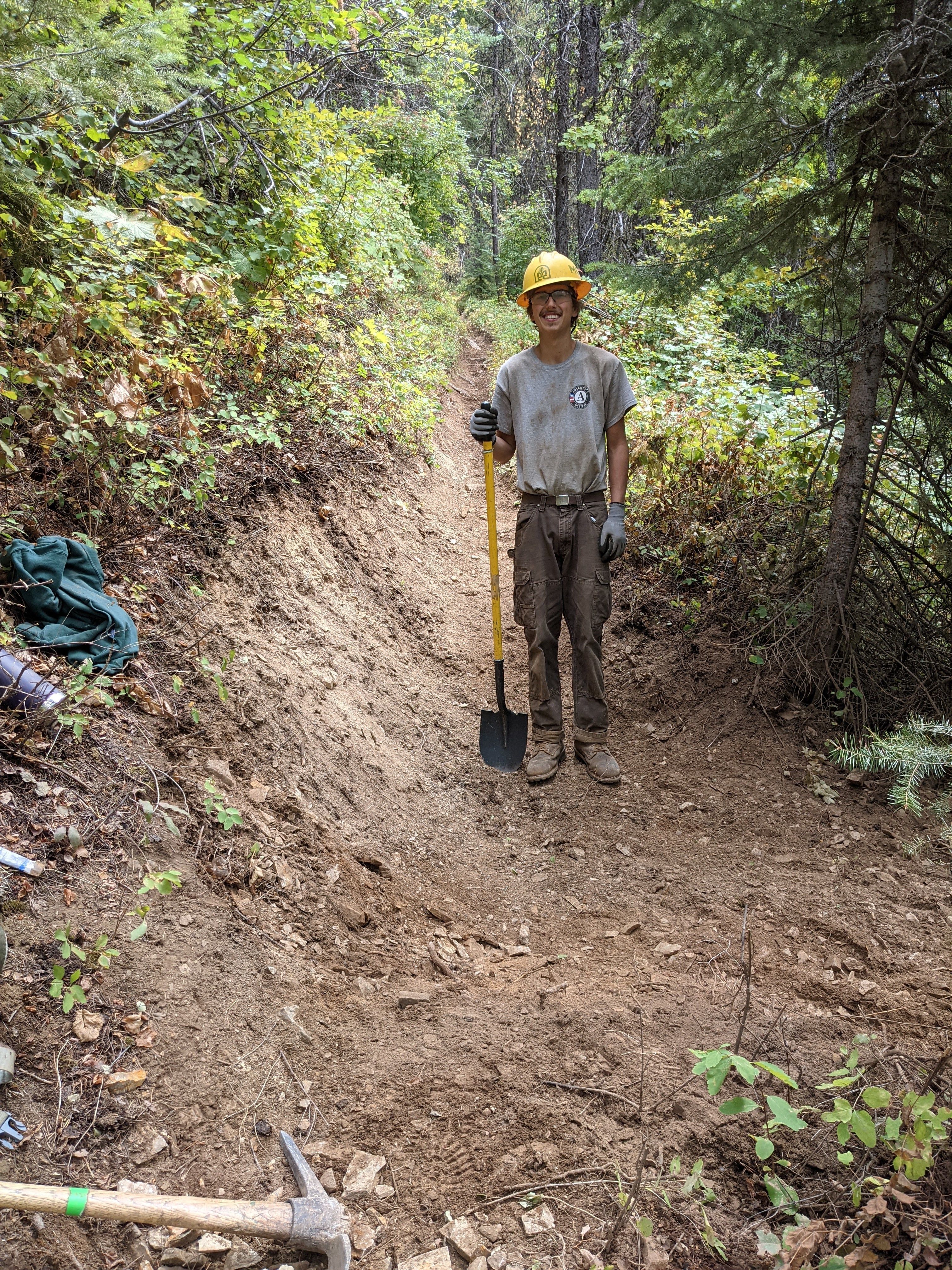 The fires burning in Northern Idaho made for some very uncomfortable working conditions this August, so we were of course elated when rain made a timely appearance to wash out the air. But, smoke plus rain equals one thing: lightning. The crew was left cowering in our tents several nights as a powerful lightning storm ripped through the panhandle. However, when lightning wasn’t threatening our camp or hail ruining our huckleberry pancakes, we were gifted the joys of clean air and cool weather, perfect conditions for digging new trails or cleaning up tread that was rutted from decades of use.

Work on Red Top proved to be quite difficult. A steep hike through the old growth forests was followed by pulling massive roots from the untilled soil indicated by the Forest Service for rerouting pack animal trails. But, picking the huckleberry bushes clean on the way down left us all with shining purple smiles.

Clark Fork proved to be an entirely different beast. Removing deep ruts and improving switchbacks ruined by years of dirt bike use was an entirely new experience for the crew. Starting the retread from the bottom we worked our way up through several stages of forest growth, beginning with massive cedars in the bottom of a drainage and finishing with spindly young trees racing for sunlight near the ridgeline. Perhaps most rewarding of all this month, however, was a Sunday where several dirt bikers made a point of stopping on their ride to personally thank the crew for their hard work in restoring a trail best known for being miserable to ride on.