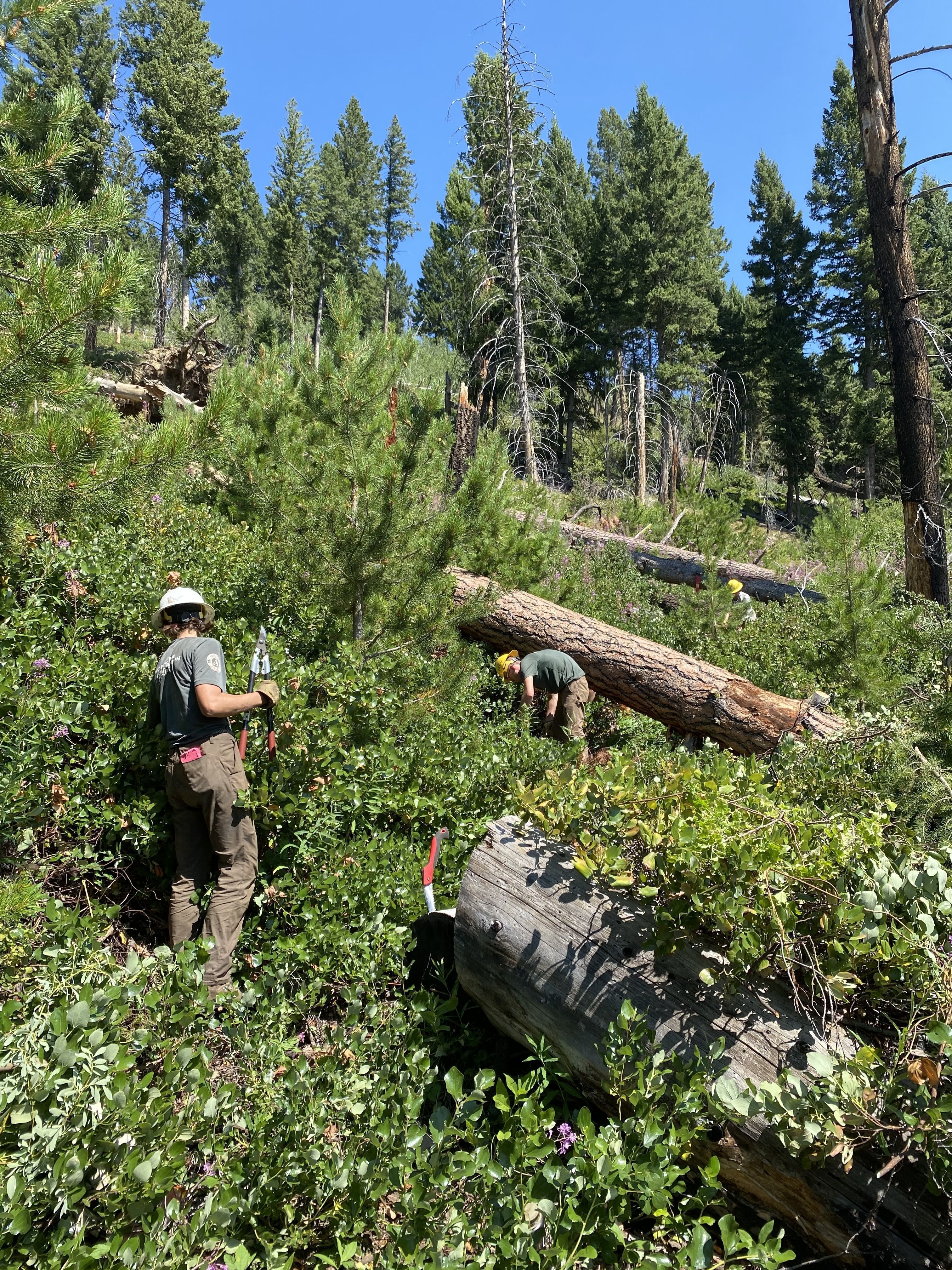 Can you believe we have made it halfway? The halfway point of this past hitch came as all the other. 11:15 rolls around, I look around to my fellow crew members, then I ceremoniously blurt out into song. It’s the same song every hitch, Bon Jovi’s “Livin’ on a Prayer”. This time, it had more weight to it. We weren’t just halfway through a hitch- we are halfway through the season. The reactions were the same, Brian walked away considering my voice is akin to nails on a chalkboard, Mak smiled a little, and JR was kind enough to join in. This is one tradition I’m sure no one would really miss if I forgot to sing at 11:15, but alas- I continue, because getting over that halfway hump allows us a moment to reflect on all we have done. At this point in the season we have cut hundreds of trees, narrowly escaped giardia, heard too many puns, brushed until we were cross-eyed and then some, and so many other memories I am grateful for. It has been quite the experience at our cabin in the Payette, and while we don’t spend a lot of time at basecamp, it really has become our home. We’ve grilled and chilled, lived like we are on an island, pruned from hours in the hot spring, learned the art of mouse trapping, and had the chance to appreciate one of the USFS historical cabins in its full glory.

We have four hitches until we call it wraps on our MCC season, and while time has flown there is still so much time to bask in the wilderness we have the privilege of serving in.