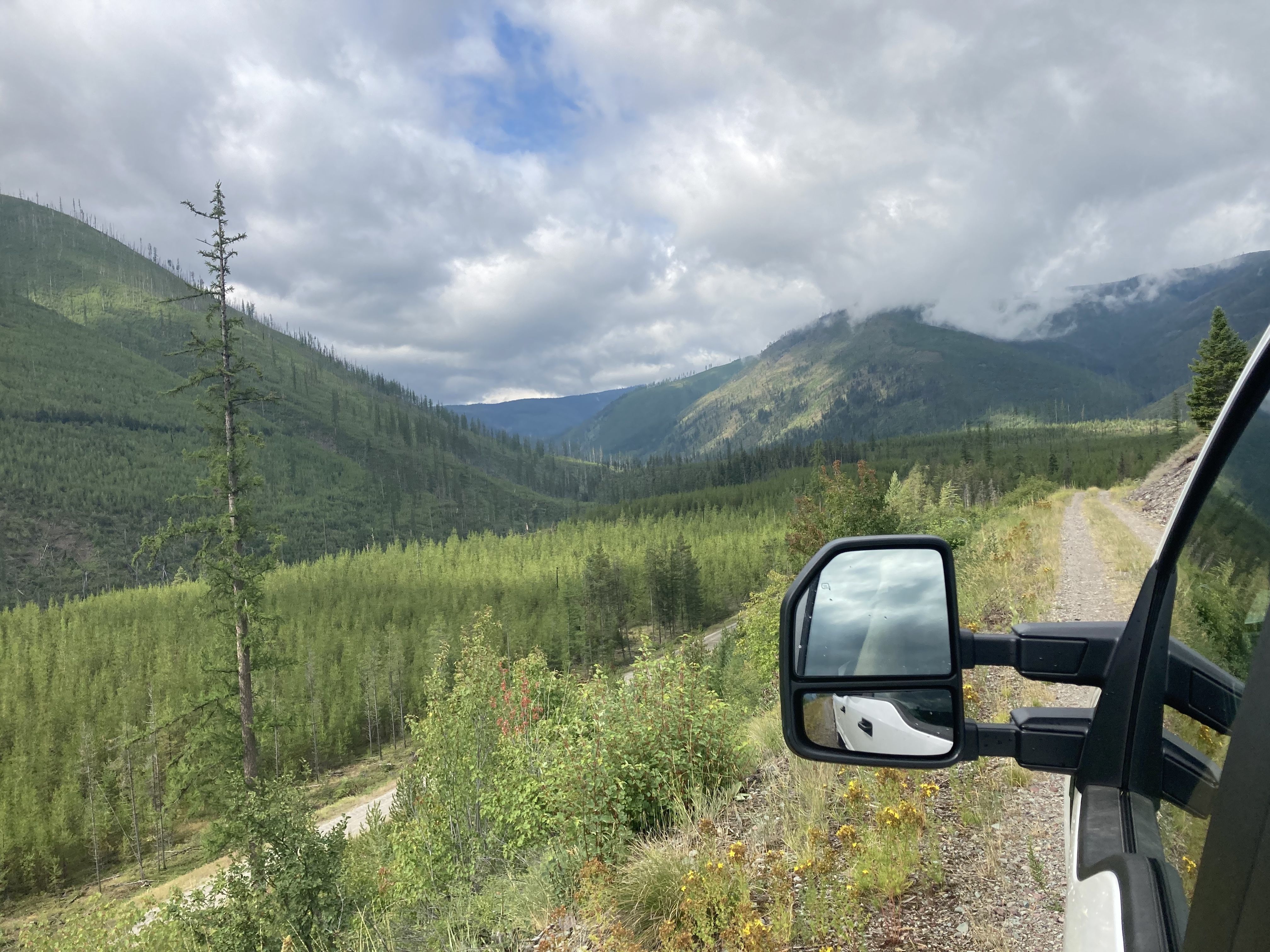 The month of July was spent at a trail called Forks Patrol for this crew. The first time we came to this trail to work, the list of things to do was long, and the work was exciting. The whole climb up the switchbacks is filled with huckleberries, and near the bottom of the trail is an abundance of thimbleberries that conveniently grow next to Elelehum lake, the place we would often wash off at after an especially dusty day of work. However, towards the back half of July, working on this same trail started to wear on all of us.Two of our original crew members quit in the first half of July, bringing us into the hardest part of the season with only three people. Disappointing as the loss may be, it brought us Danny and Matt, our two newest crew members! Danny’s first hitch marked halfway through the season for the rest of us on the crew, so we got to witness once again what it was like to start this job. For example, on his first hitch, Danny forgot a tupperware with a lid, making his pasta lunch a sad ziploc bag of pesto noodles. On his second hitch, it was his work pants he forgot, (he just wore my extra pair instead). So it goes. On the worksite one day, we had perhaps one of our more memorable mishaps happen; a bear spray exploded in Marisa’s daypack. Whether this happened because of the heat, or just from tossing the daypack on the ground after a long climb up switchbacks, we don’t really know. Thankfully nobody was near the daypack when the bear spray scent was detected, and with great care and rubber gloves, everyone stayed protected from the spicy aerosol. Matt, our newest crew member, joins us in August, and we are excited to have him join us from his WRT crew. Hopefully we can avoid some chaos for his first hitches and continue to keep this crew The Best Crew.