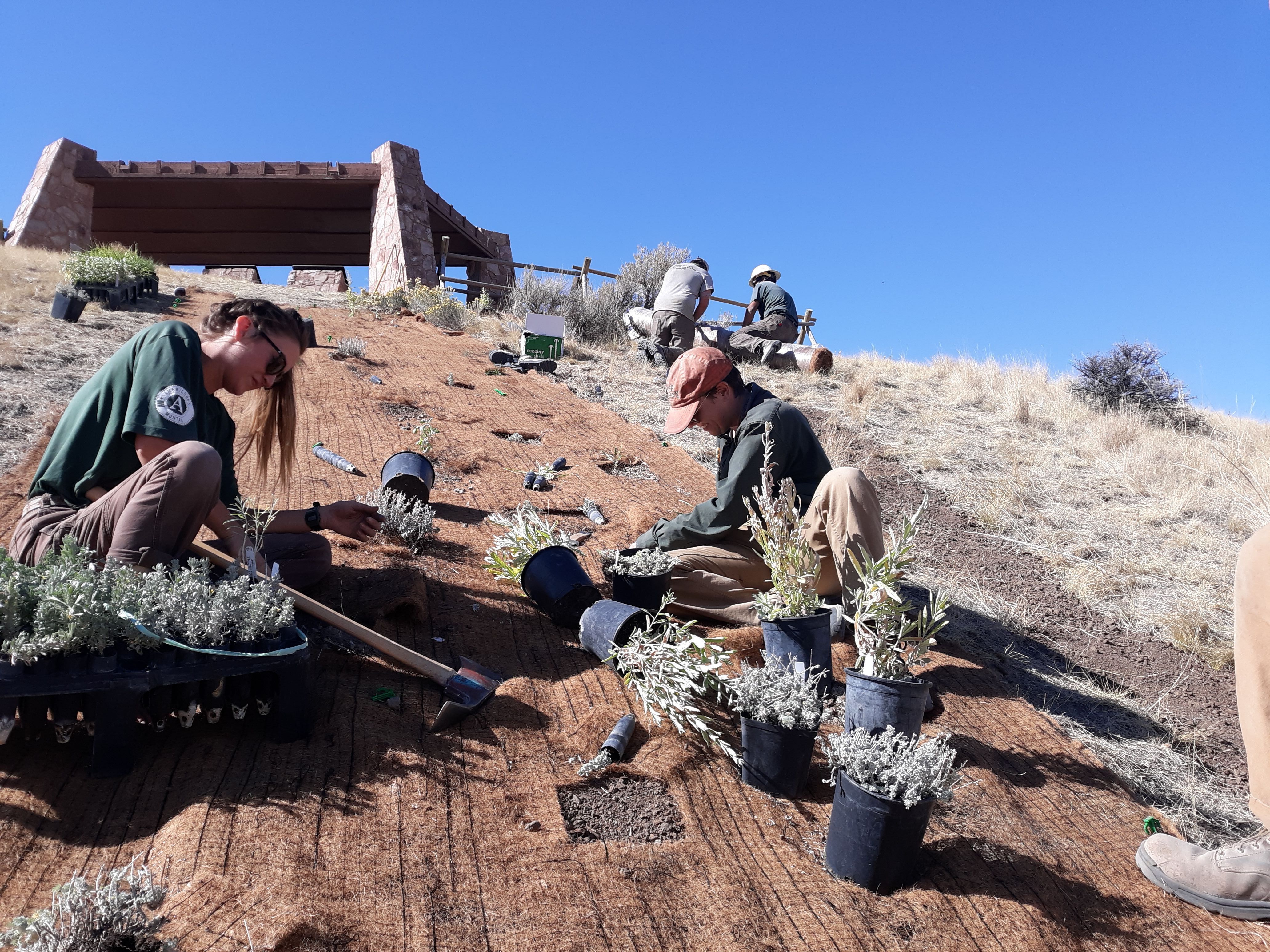 For our final hitch of the season, we traveled a mere 25 minutes out of Bozeman to work trails at Madison Buffalo Jump state park. That name is actually wrong since they were bison, but the explorers who named it didn't know the difference back then. Also, we learned the bison did not jump off the cliff willingly but rather they were herded off the cliff for harvest by the Native Americans. We learned a lot about the lives of the Native Americans that lived and hunted in the area, as well as had a lot of fun exploring with our project partners and finding old bones and bits of obsidian.

There was some fixing up old trails to be done, but our main focus was closing social trails and replanting. Most of that involved just going ham with a pick and wrecking up the path enough so that it doesn't look like you should walk on it, which is a nice change of pace from actually fixing tread. Going back and forth with wheelbarrows full of dirt can get extremely tiresome, but once we had that out of the way, we put down some matting and started digging holes for tiny sage bushes, grasses, and a few other native plant species.

Also, there were so many dogs! And we got to pet every one and they were all adorable and sweet. They kept on the trails better than some of the humans!