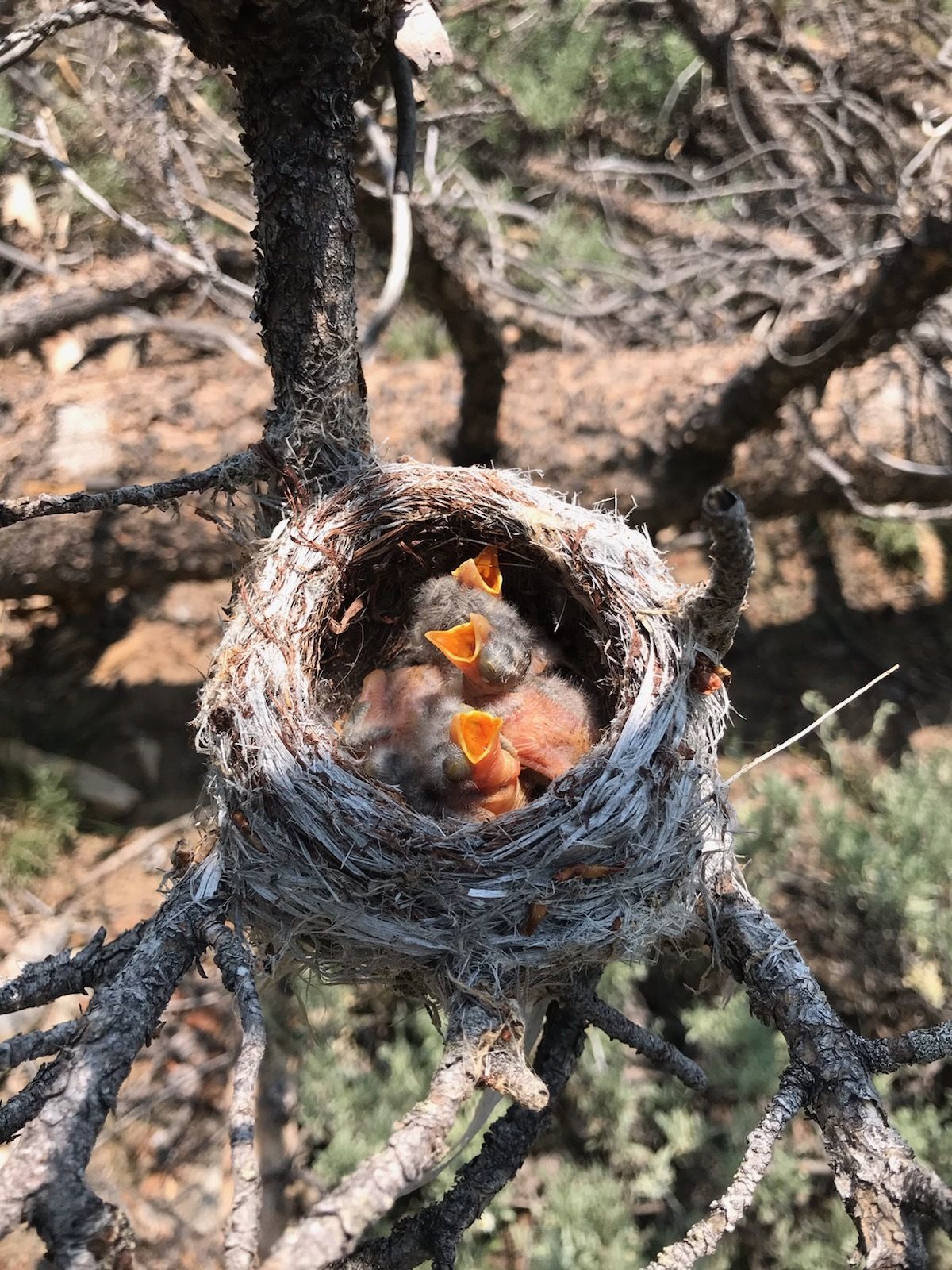 It was the last day of a long and grueling hitch - Field Crew Five had been endlessly chainsawing and swamping large lodgepole pines from the Continental Divide Trail outside Pinedale, Wyoming for a week. Just after lunch, the group moved down the trail into a meadow surrounded by large hills. Josh and Jaedon were at the head of the pack when suddenly the pairs behind heard a chainsaw cutoff and some excited - not scared - yelling. As the group gathered round, Josh exclaimed that a full reroute was necessary - they’d stumbled upon a nest of baby birds. And there they were, squeezed into an impossibly small intricately woven nest in a craggly downed tree, dead center of the trail, with their equally impossibly small beaks gaping wide open waiting for mom’s return. The crew oohed and ahhed, admiring the precious discovery. Mark, the project partner, agreed to send the trail around the downed tree and everyone helped pull out sagebrush and gingerly remove extra limbs from the nest tree that were protruding into the new trail. Later, as the crew walked back by on the way back to the trailhead, mom bird was squished into the tiny nest as well, beady eyes carefully watching the strangers pass by.

Two hours later, Field Crew Five sat in the sun on the banks of the river outside camp, drying after a much-needed final dip in the water. As we discussed the Native Lands Compass lesson, Josh suddenly started frantically tapping Dorothy on the head, motioning behind her. The group turned to see a teenage male moose slowly amblining into the stream just fifty feet from where they sat. For the next fifteen minutes, the crew eagerly watched the moose mosey about the stream before climbing out down river. A perfect end to a nature-filled hitch for Field Crew Five.