Adventures in the Seven Devils 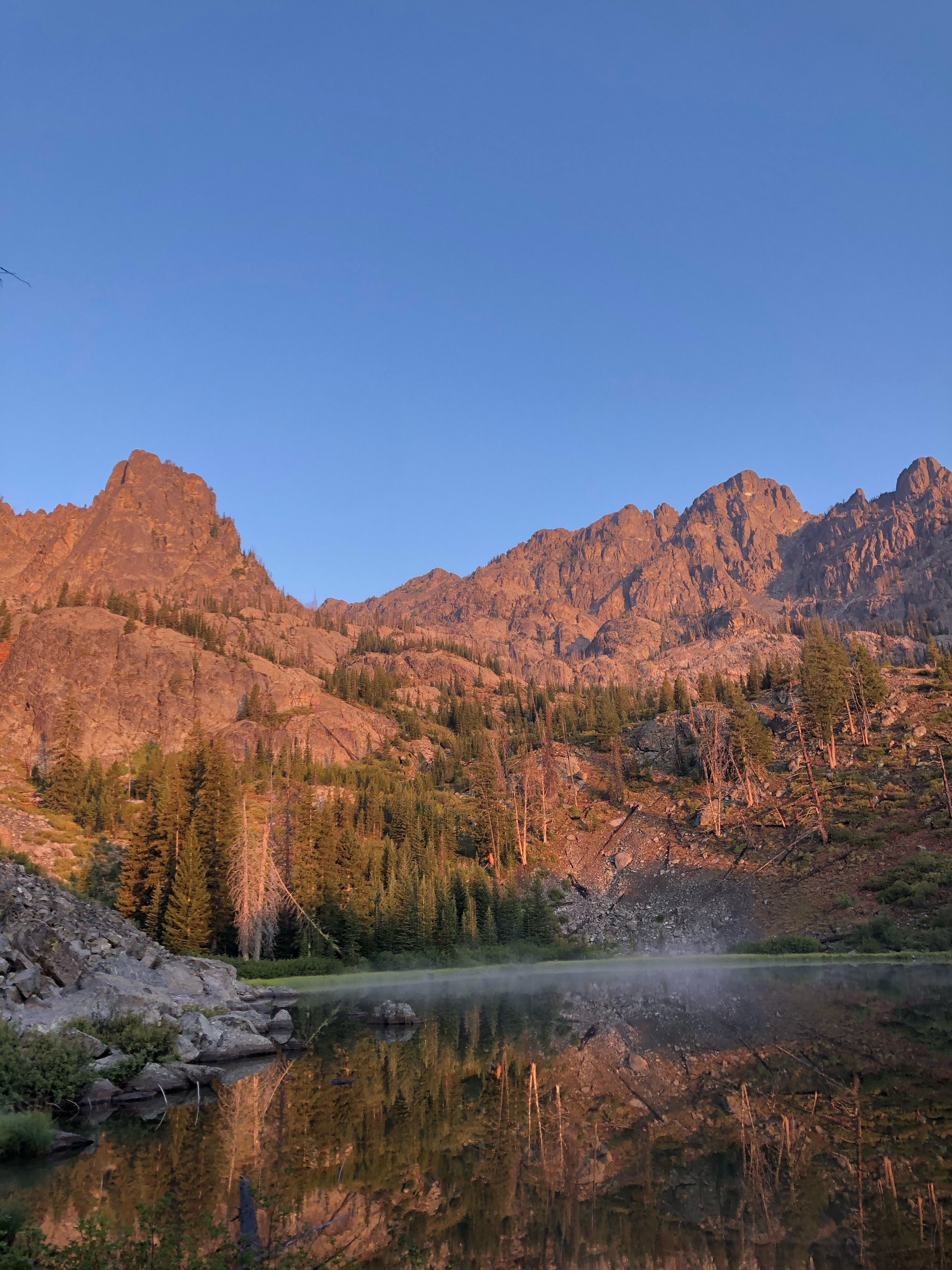 You would think that after three trips to the Hell's Canyon Wilderness area, our crew would be ready for it all. Poison ivy, bears, and rattlesnakes, we had already run the gamut of things you encounter in the wilderness, and we were feeling ready to take on our final hitch in one of the most beautiful places in Idaho. Hell's Canyon and the Seven Devils Mountains are stunningly unique areas surrounding the Snake River, running the border of Idaho and Oregon. This has become one of the crew's favorite areas to visit, and even with the weather forecast looking a bit grim, we were all excited as we drove out to the worksite from Missoula.

The Boise Trail South (#101), where we would be crosscutting and brushing for the next 8 days, is an amazing trail that hovers between 7200 and 8000ft, traversing the mountains and putting out some gorgeous views of the Seven Devils peaks. But, at that elevation, you never know what you're going to get as far as weather. For the first four days, we were hit with storm after storm, and at that height sometimes that turned to hail and sometimes even snow. The winds were so strong one night that they even ripped our bear hang branch down, which was a rough fix in the dark! We had some water filtration issues on top of other unforeseen problems, but the great thing about being this far into the season is that our crew handled it all like it was just another day at the office. Even during the freezing cold mornings, when we could barely feel our hands, we were still smiling as the sun started to rise over the jagged peaks of the Devils, and worked together to problem-solve whatever the wilderness threw at us that day. That's one of the best parts of working with a trail crew, in my opinion. The feeling you get as you become a high-functioning team, where even when things get tough, you know you'll figure it out as a group, is unparalleled in any other part of my life. Even on the hard days, I go to bed smiling.