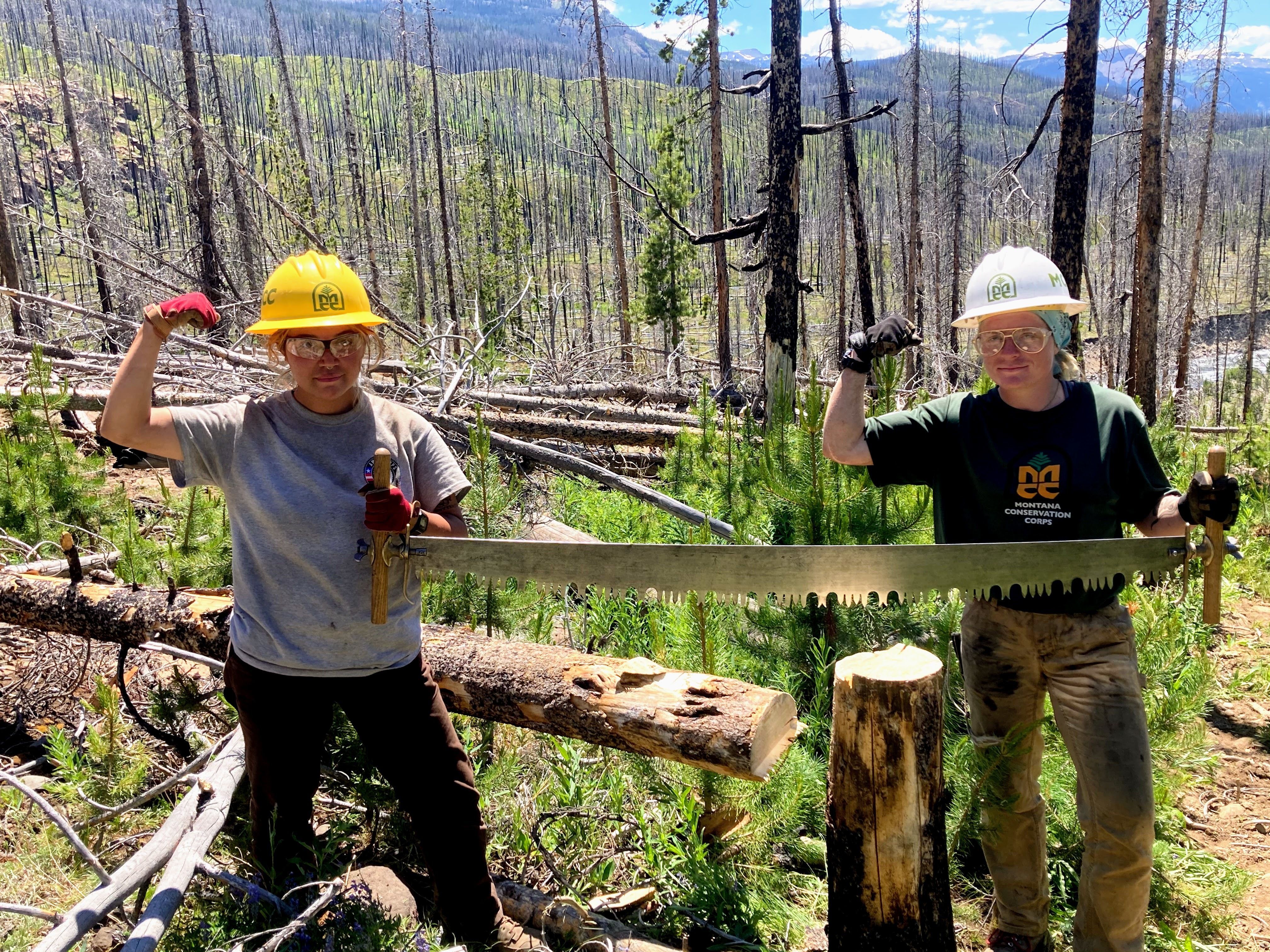 Our second week in the Blackrock Ranger District brought us down the Soda Fork Trail with packer, Steve. We spent the first night at the ranger district and then set off down the trail the next day. Hope and Claire stayed back to help pack the horses, while Nick, Allie, and Dylan started down the trail where they would wait at the river crossing. However, Hope and Claire took a wrong turn and ended up adding five miles onto their hike which resulted in a late night at camp. Even though this was not ideal, it was a vital moment to test and build mental and physical strength as the two forged their way with simply a compass and hoof tracks. The first couple days of work consisted of clearing trees on the Soda Fork CDT trail, as well as the Nowlin Meadows trail. Even though we hiked less than the previous hitch, there were far more trees on the Soda Fork. We cleared about 360 trees in 15 miles of trail with only the five of us members. Spending three nights at the Nowlin cabin was a great experience where we got to meet several CDT thru-hikers and take frequent trips to the river. However, the pack mules became rowdy and one mule named Gabe decided to run away to the outfitter camp several miles down the trail. One mule down, we had to leave two bear paneers at the cabin and retrieve them for the next hitch. Our hike out was 11.5 miles, in which we again had to navigate our way home without maps. While this hitch was hard physically and emotionally on all of us, we became more aware of each other's needs and grew closer as a team!