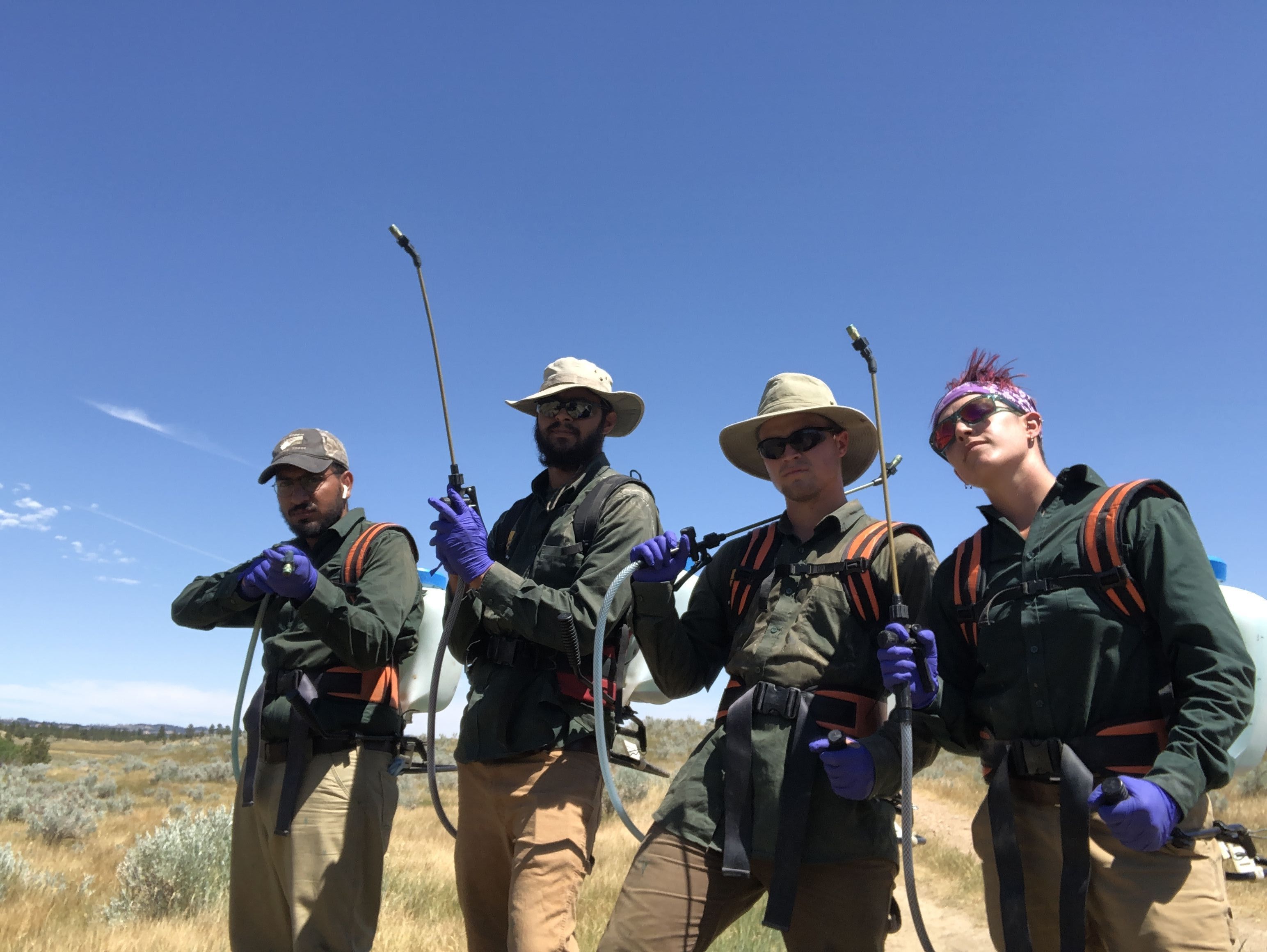 This week the crew headed out to the Sioux Ranger District to spray noxious weeds. The biggest threat by far all week was the notorious mass spreader, Knapweed. With notable droughts and high temperatures, project partners expressed their worries over the spread of Knapweed in their districts. So armed with iPads and backpack sprayers we headed out to hunt down weeds. We learned how to identify, map, and treat invasives along with how to work as a unit to effectively cover acres of land. By the time the week was over, we had covered approximately 800 acres of National Forest land!