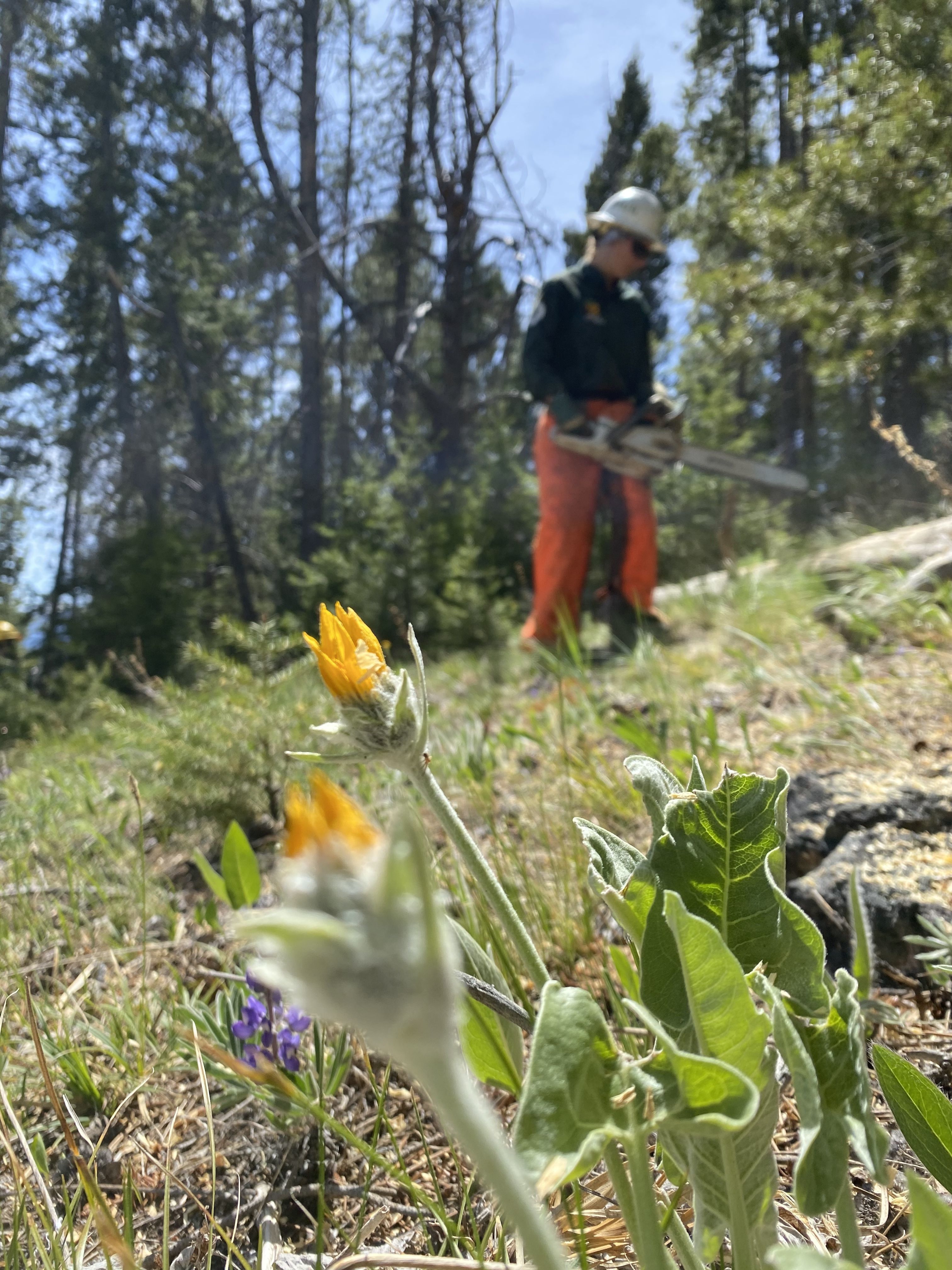 Our bittersweet week at Big Hole Battlefield consisted of hard work, many laughs, and constant remembrance of the lives that were taken on the land in 1877. The Nez Perce, or the nimí•pu•, took shelter on the Big Hole grounds in order to escape the U.S. military's attempt to confine them to one-tenth of their reservation's original size. The U.S. Government decided to attack the fleeing nimí•pu• because the Nez Perce would not agree to sign the treaty that would take so much of their land from them and because of this, many lives were taken. The land that was marked with immense tragedy is something we were continuously mindful about when helping maintain the forest. Our work consisted of bucking down trees and swamping, or collecting wood/sticks and making burn piles. This work was important because we were giving the living trees and ecosystems more opportunities for growth as well as decreasing chances for burning. It was a privilege to better the lands where people come and remember the fallen Nimí•pu.