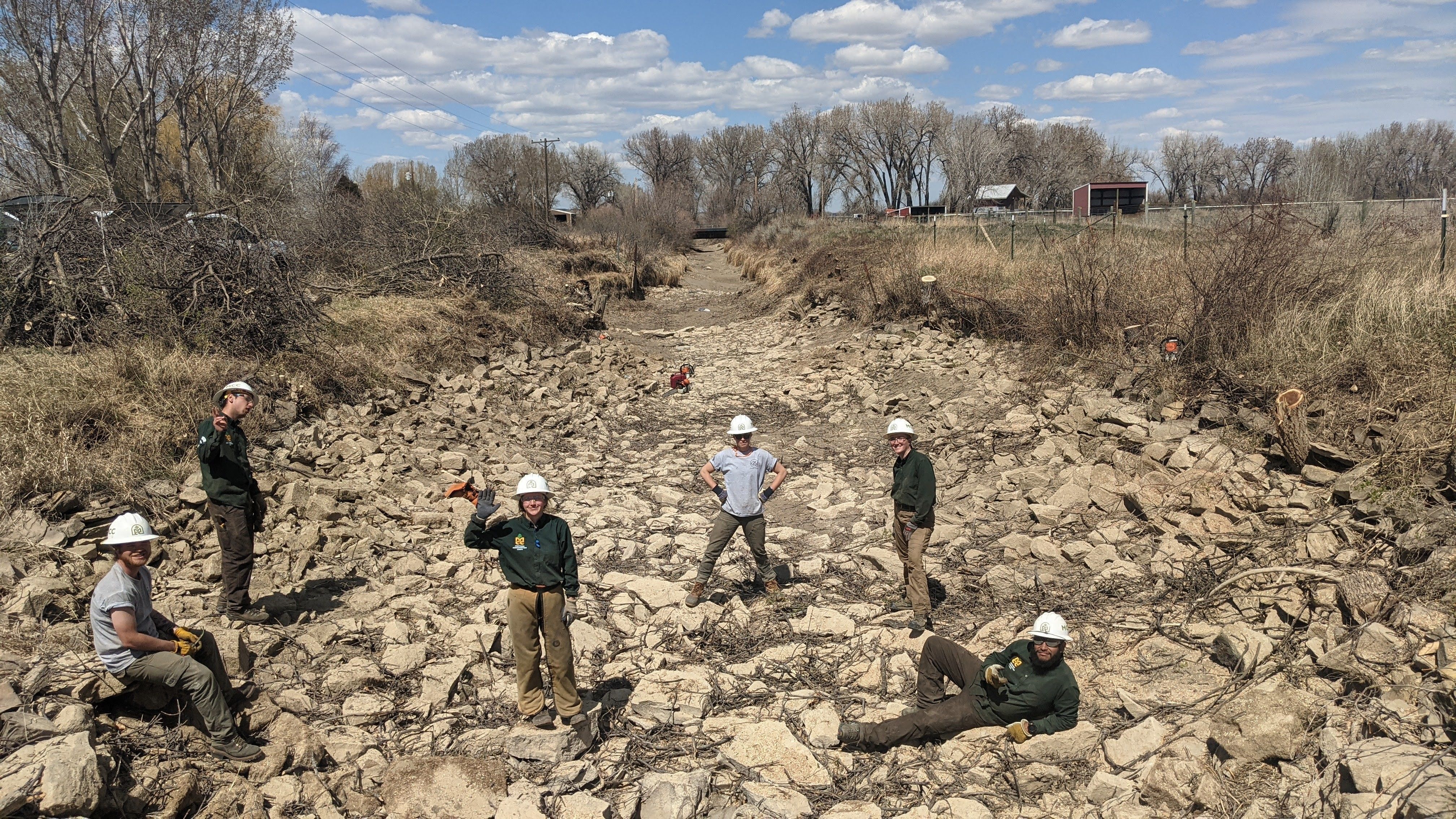 We spent this week working with the Tongue & Yellowstone Irrigation District clearing brush and trees along a 23 mile canal that runs through the town of Miles City in Eastern Montana. The Irrigation District will fill the canal next week and it's used to water surrounding crops as well as used at feedlots. Miles City hasn’t had rainfall since last summer, therefore they rely on the canal for irrigation. Along the canal, there is about 50 years of growth and we spent the majority of our time clearing the growth so that when the canal is filled with water the vegetation doesn’t dominate the water source. The crew also felled trees surrounding multiple flumes along the canal to reduce the risk of the flumes catching fire. Lastly, we cleared a ½ mile road so that ATVs and trucks can access one of the flumes more easily. There is still a lot more work to be done along the canal and our MCC crew made a small dent in the larger project, and for that the T & Y Irrigation District was thankful.