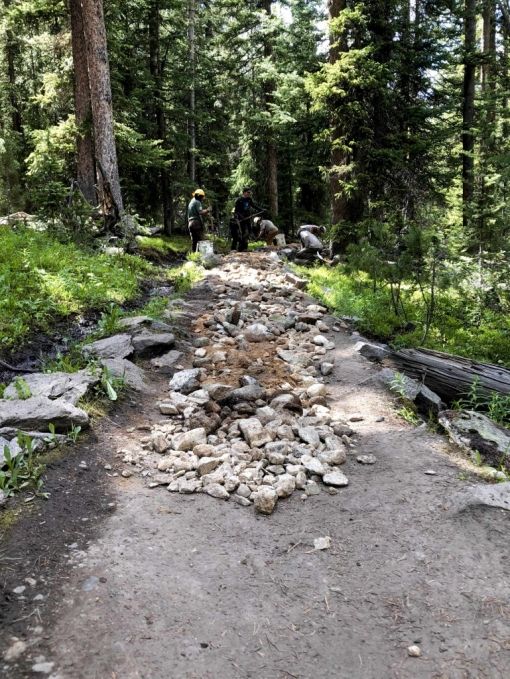 Often times in wetter parts of the forest, trails can become eroded by the abundance of water. It is important to control water and get it off the trail as soon as possible to avoid further deterioration. One method is to build water bars which divert the water off the trail and downhill. Another method, which is used in boggy areas, lift the trail above the water and are called turnpikes. Turnpikes consist of varied rock sizes, gravel and sand but are ultimately limited by the materials that naturally occur in the area. Our crew, with Erin and John as leaders, rebuilt an old turnpike that was created an estimated 40 years ago. In order to do this, we used dirt-bags, buckets and backpacks to haul rock and gravel from a nearby stream. Over the course of our hitch, we began with grape-fruit sized rocks as our base layer then laid down a layer of gravel, crushed rock and dirt as our final layer.